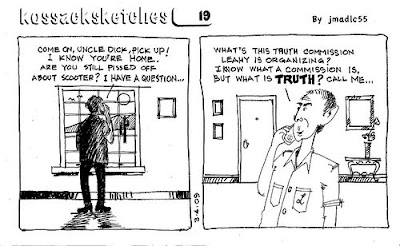 The Definition of the Supreme goper Leader rush

And the gopers themselves:

It would almost be funny

to see Rush implode. Almost... But I really would rather not see him at all.

Buggin.  With all the statistics flying around like shit hitting a fan, I've been hard-pressed to find big picture data.  So I called Zillow, whose basic whole number of outstanding U.S. mortgages is (rounded) fifty-seven million.  Of those their 'Zestimate' of 'in trouble' is roughly 16% (9.12 million).  Bloomberg's total number is 45.4, quoting another source, and I have no idea what Reuters or any other business press uses for the total, and all have different total numbers of the very same 'in trouble' mortgages.

Ain't in grand to have so many different 'experts' to choose from in these wonderful times?  Oh hell yeah.

That seems pretty messed up.

I know that I have gone searching for the actual numbers of mortgages that are sub-prime and all that nasty stuff. Could never find a source for anything at all. Just guestimates. And none of the guestimates matched. Why won't they talk about this?

With millions going to the unemployment line I imagine that more and more mortgages are going south. But you would think they would still be able to track those numbers?

With apologies to Paul Harvey...

Cusious George goes to the Epistemologist's Office! [spoiler alert: the truth seeking colonoscopy finds nothing because it all spewed out his mouth]

Since you mentioned Cheney AKA "the Dick"

I've been following a story about Cheney since 2006, some secret service agents on his detail, and the average citizen who happened to come upon Cheney......  There was an incident involving a citizen (Mr. Howard).  The link to the original story that was up on ePM entitled:

Seems Cheney has run out of excuses to tell his side of the story regarding the events that transpired that day and what he told his Secret Service Agents.

Cheney Deposition Is Ordered in Lawsuit by Protester

DENVER — Former Vice President Dick Cheney will have to give his account — under oath, in a legal deposition — of what happened at a Colorado ski resort in June 2006 when a man stepped up to protest the Iraq war and was arrested, a federal district judge ruled Monday.

Mr. Howards’s lawyer, David A. Lane, said that the deposition would be videotaped and that Mr. Cheney would have to be served with court papers before a date for the deposition could be set.