U.S. Army Counterterrorism issued a report that said WikiLeaks is a threat to U.S. security, particularly in Afghanistan. The report says that the organization should be destroyed and offered a plan. Does the government really think it can destroy WikiLeaks or is the leaked report part of a plan to smear the organization so badly, it will lose supporters and money?

Leaks from a recent top level briefing by General David Petraeus are causing quite a controversy. The general pointed out that, "Israeli intransigence on the Israeli-Palestinian conflict was jeopardizing U.S. standing in the region." Mark Perry reported this on March 13 in Foreign Policy. Perry said, "No previous CENTCOM commander had ever expressed himself on what is essentially a political issue... "

When I read a statement like that, it's like hearing the opening music for The Twilight Zone. What on earth is Perry talking about? Every CENTCOM commander, from General Tommy Franks, through Petraeus, has endorsed the continuation of the Iraq war and occupation. That's as essentially political as you can get.

There was no basis for invading Iraq:

SHIP OF STATE OR SHIP OF FOOLS

The Money Party at Work

We keep doing the same things over and over again and expect different results.

Taliban About to Defeat Pakistan,

Take Control of Nukes, and It's Another 9/11

A strange feeling of déjà vu arises while listening to the administration sell further U.S. military intervention in Pakistan (our Predator drones are already there).

Chairman of the Joint Chiefs of Staff, Admiral Michael Mullen claimed in late March that Pakistan's intelligence service has "close links with al Qaeda and the Taliban network." In fact, Mullen warned, the Pakistani intelligence service, ISI, is "offering logistical support to them (the Taliban)."

According to this well written piece from David Porter, also carried at HuffPo - US Army General David Petraeus is working to override US President Barack Obama. 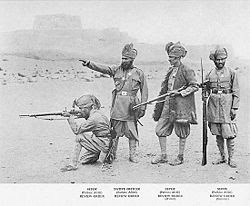 It sounds like the world's worst army once again took on the world's best army and lived to fight another day. The BBC reports that on September 25 Pakistani forces opened fire on two U.S. helicopters as they crossed the border from Afghanistan.

Pentagon bull feather merchant Bryan Whitman said that, "The flight path of the helicopters at no point took them over Pakistan."

General Abbas said, "They passed over our check post so our troops fired warning shots."

Bryan Whitman said, "The Pakistanis have to provide us with a better understanding of why this took place."

Um, Bryan, they just told you: your helicopter passed over their check post and they fired warning shots at it. What's not to understand?

This incident is yet another prime illustration of what America's biggest casualty has been in our woebegone war on terror: the truth. At this point, when presented with a choice of believing a Pentagon spokesman or a tinhorn two-star general of an army that lost every war it fought for a Bananastan country with imaginary borders and brooms don't even have handles, the decision is obvious: the Pentagon guy is lying.

Ideology—that is what gives evildoing its long-sought justification and gives the evildoer the necessary steadfastness and determination.

--Aleksandr I. Solzhenitsyn, The Gulag Archipelago

Vladimir Putin, who promoted himself from being Russia's president to being Russia's Dick Cheney, says America's Dick Cheney orchestrated the Russia-Georgia conflict to benefit the presidential bid of the neoconservatives' next white hope, John McCain. I've googled high and low and can't find a whisper of denial of Putin's accusations from our Dick Cheney or any of his henchmen.

Maybe the Cheney Gang has given up bothering to deny anything. Maybe they realize that by now, any time it's the word of Russia's Dick Cheney—or for that matter anybody else's Dick Cheney—and our Dick Cheney, the world population makes the safe assumption that our Dick Cheney is lying. Or it could be that they're simply so used to telling earth shattering untruths and getting away with it that they don't even bother to tell them any more.

U.S. army study says Iraq occupation was understaffed
DENVER - A nearly 700-page study released Sunday by the army found that "in the euphoria of early 2003," U.S.-based commanders prematurely believed their goals in Iraq had been reached and did not send enough troops to handle the occupation.

You can rest easy. Political pundit and former presidential candidate Pat Buchanan predicted on Sunday that there is a "fifty-fifty chance of U.S. air strikes on Iran by October." I just love the all out commitment involved in making a fifty-fifty prediction: there’s a hundred percent chance you’ll be right. Of course, the very fact that Pat Buchanan mentions something might happen means the odds are that it won’t.

Don’t get complacent, though. Just like the cataclysmic natural disaster that strikes every century or so, once in a blue moon it turns out that Pat Buchanan knew what the hell he was talking about.

“I will support and defend the Constitution of the United States against all enemies, foreign and domestic.” – from the U.S. military officer oath

In an April 10 speech at the White House, Mr. Bush stated that, “two of the greatest threats to America in this new century” are “al Qaeda and Iran.” For once in his presidency, Mr. Bush is probably right. Al Qaeda and Iran, in fact, may be America’s only two remaining foreign threats.

Russia and China won’t try to beat us militarily; they’ll take us down economically. Europe doesn’t even need to take us down economically because it already has: The European Union’s gross domestic product surpassed ours by about $600 billion in 2007. Australia’s happy the way it is; Japan won’t rock the boat. South America is too corrupt. Africa is far too hot and Canada’s too cold, as the song by Randy Newman says.

Yep, as far as significant foreign enemies go, Iran and al-Qaeda are about it: a country with an gross domestic product and defense budget barely six percent of America’s, and an “organization” with no economy or navy or air force at all, and no proper army to speak of.

Mr. Bush was telling us, in the Freudian fashion he so often utilizes, that the enemies we really need to worry about are of the domestic variety.