He was one of ePluribus Media's bright bulbs who shined a light from his flight deck experience in a bounty of words wizened by U.S. Navy command and time on the USS Theodore Roosevelt.   It all sharpened the satire in his critcally acclaimed Bathtub Admirals.

He graced not only our shores but through the wider appeal of his blog, Pen and Sword, the DailyKos, and AntiWar.com, among other venues.

The spirit of his humor and insighted commentary are a loss and will be missed by many.

For a long thread of worthy respect, see this eulogy at DailyKos or the bon voyages of well-wishers at Tributes.com.

Shaking my head at this ongoing tragedy:

He was an irreverent teenager with a pregnant girlfriend when the idea first crossed his mind: Join the Army, raise a family. She had an abortion, but the idea remained. Patrick S. Fitzgibbon, Saint Paddy to his friends, became Private Fitzgibbon. Three months out of basic training, he went to war.

From his outpost in the Kandahar province of Afghanistan, he complained to his father about shortages of cigarettes, Skittles and Mountain Dew. But he took pride in his work and volunteered for patrols. On Aug. 1, 2009, while on one of those missions, Private Fitzgibbon stepped on a metal plate wired to a bomb buried in the sun-baked earth. The blue sky turned brown with dust.

The explosion instantly killed Private Fitzgibbon, 19, of Knoxville, Tenn., and Cpl. Jonathan M. Walls, a 27-year-old father from Colorado Springs. An hour later, a third soldier who was helping secure the area, Pfc. Richard K. Jones, 21, of Roxboro, N.C., died from another hidden bomb. The two blasts wounded at least 10 other soldiers. 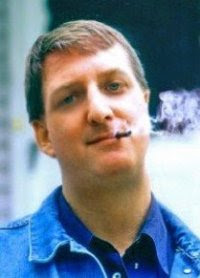 A sad day for the entire Bloggosphere as Al Weisel, AKA Jon Swift, has passed away:

The great Jon Swift
has died. That's the "blogging" angle to a personal tragedy. In
reality, the voice of Jon Swift - the hilarious faux conservative
blogger whose talent and passion were evident in every post - belonged
to Al Weisel, a sweet and good-natured journalist who happened to be
the college roommate of my once-and-future collaborator Jason Chervokas.


Al was on the way to his father's funeral in Virginia when he
suffered a sudden aortic aneurysm and underwent several surgeries in an
attempt to save his life. Sadly, they did not succeed.


Heartbreakingly, Al's mother has posted this comment to the Jon Swift blog, unmasking the true identify of her brilliant son - and yes, he was a blogging super-hero to many of us.

I don't know how else to tell you all who love this
blog. I am Jon Swift's Mom and I guess I'm going to OUT him. He was Al
Weisel, my beloved son. Al was on his way to his father's funeral in VA
when he suffered 2 aortic aneurysms, a leaky aortic valve and an aortic
artery dissection from his heart to his pelvis. He had 3 major
surgeries within 24 hours and sometime during those surgeries also
suffered a severe stroke. We, his 2 sisters, his brother, his partner
and his best friend since he was 9 years old were with him as he took
his last breath. We have all lost a shining start who warmed our
hearts, tormented us and made us laugh as he giggled at our pulling
something over on us. He passed away on February 27, 2010. My beloved
child will live on in so many hearts. I miss him more than I can say.
If you are on Facebook, go to organizations and join "Friends of Al
Weisel, Unite!" It will give you just a taste of how special he was.
Farewell, Jon (Al) 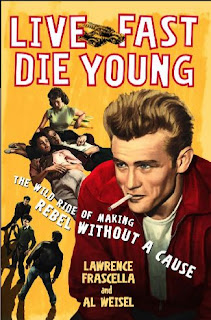 Al
Weisel was the political poser's worst enemy as Jon Swift, but he was
also a good guy to hang around the pub with and commiserate over New
York's shrinking freelance rates. Gone all too soon, he'll be truly
missed by many.

One of the greatest satirists in the
entire Blogosphere, for certain. And someone I considered a friend even
if our only contact was through comments, posts and occasional emails.
I had assumed for a longtime that something had been wrong with him as
he had not updated his blog in nearly a year. Now we all know why. :(

And here is a glimpse of some of what he did beyond the Blogosphere from his profile.

These two pieces of news are moving fast across the Blogosphere right now and I can't think of two stories that contrast the clear divide in American Healthcare in a more meaningful way.

First we have breaking news from TPM:

Sen. Frank Lautenberg (D-NJ), 86, has been diagnosed with stomach cancer and is immediately starting chemotherapy.

And in contrast? From Crooks and Liars we have this saddest of news:

Edward M. Kennedy, the "Liberal Lion" of the Senate, died at his home in Hyannis Port last night.


He will be missed.