Children of a Lesser Allah 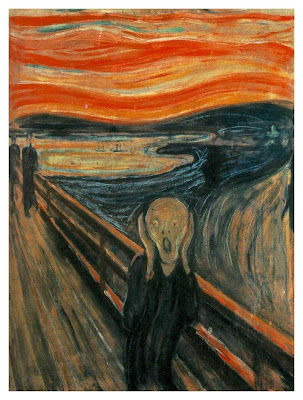 I don't know if there's a good guy in the Gaza Strip travesty; if there is one, it sure isn't young Mr. Bush, or Lord Cheney, or Keystone Kondi Rice, or, lamentably, Barack Obama, and it sure as h-e-double hockey sticks isn't Israel.

Speaking of perdition, somebody needs to throw another handful of clean coal in the brazier under Yasser Arafat, and hopefully someone has confirmed Egyptian President Hosni Mubarak's reservation for the spot next to Arafat's. Bush and Kondi and Lord Cheney and Bad Will Ambassador John Bolton must be looking forward to occupying adjoining rooms with a view of the inferno in the LBJ Hilton, because they appear bent on squeezing in as much last minute evil as they can before a house drops on them.

Never tired of watching its own horror show, the Bush team is reprising the scenario it ran in Lebanon: Cheney goads Bush into giving tacit approval for Israel to launch a military offensive against a group of sand colored people who, in terms of relative firepower, amount to an ant colony. Kondi does her hair up like a fright wig and drags out the ceasefire process until Israel a) has killed all the sand colored people it wants to kill or b) starts getting its tohkes kicked by the sand colored people and wants mommy to make them stop it.

Dick Cheney says Israel didn't seek "U.S. approval" to begin the ground attack into Gaza. Heh. They didn't seek "U.S. approval" before they attacked Lebanon, either. They sought Dick Cheney's approval, and he gave it to them. Dick Cheney isn't the "U.S." He's just the vice president, and the president of the Senate. He's not in the military chain of command at all, and according to him he doesn't even work in the executive branch of government.

No word yet on whether Israel got Dick's permission to use cluster munitions on the sand colored people, this time or last time. Israel's Haareetz says the Israeli Defense Force is aiming the cluster ammunition at "open areas." I have trouble imagining Hamas placing suitable cluster bomb targets in the open. You might shell an open area to set off mines that could be buried there, but if you use cluster bombs to do that you'll create another minefield on top of the one you're trying to clear. Cluster bombs are made for killing people. Maybe the IDF is shelling open areas with cluster bombs as a humanitarian gesture, something to remind the Palestinians to stay in the closed areas where it's safer, but I doubt it. Journalist Jamal Dajani of Link TV, posting from the Israel-Gaza border, judges Israel's self described "surgical strikes" to be "as surgical as shooting chickens in a coop with a shot gun."

Mr. Bush blames the Gaza debacle on Hamas, saying it has "once again shown its true colors as a terrorist organization" with attacks on Israel. Bush didn't mention that Israel broke the ceasefire in November when it sent ground troops into Gaza. Cheney probably didn't let anybody tell Bush that part. Maybe it's a moot issue; Israel has had Gaza under a blockade since January 2008, six months before the ceasefire went into effect. Since a blockade is an act of war imposed by armed force, one has to marvel at how even the most adroit Rovewellian can say with a straight face that a ceasefire exists within a blockade.

But then logic has never been a requirement of Bush administration rhetoric. Kondi says that, "Hamas has held the people of Gaza hostage ever since their illegal coup against the forces of (Palestinian Authority) President Mahmoud Abbas." The "illegal coup" she refers to was the January 2006 election in which Hamas won a large majority of Palestinian Parliament and ousted the corrupt, self-serving Fatah party. Fatah, you may recall, was the political organization of the late Palestinian leader Yasser Arafat, who built a personal nest egg of $1 billion and $3 billion out of public funds.

Kondi says that she won't settle for a ceasefire that allows Hamas to keep its rockets to defend itself with. Hamas makes the Qassam rockets themselves, since they can't afford to buy weapons from anybody. The rockets are simple steel filled tubes with no guidance system. The fuel is a mixture of sugar and fertilizer, and the warhead contains fertilizer and scavenged TNT. Qassam rockets are worthless against the F-16 fighter-bombers we gave the Israelis.

FOX News put fear and loathing merchant John Bolton on the air to say the Israelis has a right to use those F-16s to "eliminate" Hamas. After that, Bolton said, Israel should use the F-16s to attack Iran for us.

Bush neocons aren't the only U.S. politicos lifting their skirts for Israel. House Speaker Nancy Pelosi said, "When Israel is attacked, the United States must continue to stand strongly with its friend and democratic ally." Dick Cheney must not have let anybody tell her that Israel attacked first either. On Meet the Press last Sunday, Senate Majority Leader Harry Reid prattled on about how generous the Israelis were when they gave the Palestinians control of the Gaza Strip in 2003. He didn't mention that Israel was giving back land the UN parceled to the Palestinian Arabs in 1947 when it established Israel.

It's too bad for the Palestinians they can't afford to set up a lobbying group like the American Israeli Public Affairs Committee (AIPAC) and think tanks like the American Enterprise Institute and to buy all of our politicians and our media like the Israelis have done.

Lonely at the Bottom

The Armistice Agreements that ended the 1948 Arab-Israeli War eliminated Palestine as a defined territory. The land not ceded to Israel was distributed to Egypt, Syria and Jordan, who essentially told their Palestinian Arab pals to go fish in a sand dune. In early December 2008, Egyptian president Mubarak blocked the Iranian Red Crescent from delivering food to Gaza to relieve Palestinians who had been reduced to eating grass. I reckon Israeli Foreign Minister Tzipi Livni hadn't heard about the grass eating business when she said, “There is no humanitarian crisis” in Gaza. Or maybe she doesn't think Palestinians eating grass constitutes a humanitarian crisis.

The Telegraph describes how the U.S. blocked the UN Security Council from passing a statement urging an immediate ceasefire on both sides on Saturday. Historian and journalist Gareth Porter exposes how the Bush administration has been plotting the current Gaza confrontation since early 2007.

I once had the audacity to hope that my country would become that shining city on a hill, a champion of the oppressed and abandoned. Human societies don't get much more oppressed or abandoned than the Palestinians, but political regimes don't come any more malignant than the Bush administration.

It would be nice to believe that change is just around the corner, but the ear-splitting silence from Barack Obama, on a holiday surfing safari as the Gaza debacle unfolded, has me suspecting that the Israelis now own U.S. foreign policy trigger, stock and barrel regardless of who the American public puts in power. I don't buy Obama's "one president at a time" excuse. Bush, Cheney and the neocons have gotten away with atrocity after atrocity after atrocity for eight merciless years because people who could have stopped them didn’t want to speak out of turn.

I'd also like to believe that Barack Obama is more concerned with doing the right thing than with what the John Boltons and Sean Hannitys and Bill Kristols of this world have to say about him.

But just now, I'm more inclined to believe in Scientology.

Huffington Post has a useful review the Bush Administration's role in setting up the preconditions for the current Israeli. attack on Gaza.  The truth is that it was Hamas that won the last election, an election which by all accounts was conducted properly.

WASHINGTON, Jan 5 (IPS) - Until mid-2007, there was a serious political obstacle to a massive conventional war by Israel against Hamas in Gaza: the fact that Hamas had won free and fair elections for the Palestinian parliament and was still the leading faction in a fully legitimate government.

But the George W. Bush administration helped Israel eliminate that obstacle by deliberately provoking Hamas to seize power in Gaza. That plan was aimed at getting Palestinian President Mahmoud Abbas to dissolve the democratically elected Hamas government -- something Bush had tried unsuccessfully to do for many months.

Hamas won 56 percent of the seats in the Palestinian parliament in the January 2006 elections, and the following month, the Palestinian Legislative Council voted for a new government under Hamas Prime Minister Ismail Haniyeh. The Bush administration immediately began to use its control over the "Quartet" (the U.S., European Union, United Nations and Russia), to try to reverse the results of the election.

Price of stubborness over Gaza exit is dead soldiers


Those who want to treat the delay in creating a diplomatic exit strategy for the war in Gaza as if it were a divine decree must take into account that at the end of this determination are casualties. The repeated delays in moving ahead with Operation Cast Lead, first before the ground operation and now the slow way Israel is seeking 'exit points' have a price. We are now beginning to pay it.

Since the beginning of Cast Lead, most of the cabinet and the army have praised themselves for their thorough application of the Winograd recommendations from the Second Lebanon War. But the Winograd Committee's criticism of the poor coordination between military action and diplomatic achievements seems relevant in this round as well. Most of the military at the operational level is pushing for continuing the operation deep within Hamas territory. That is exactly what is expected of them.

In contrast, Chief of Staff Gabi Ashkenazi was very cautious in presenting the risks and opportunities in Friday afternoon's cabinet meeting. Ashkenazi is likely to be satisfied with a quick end to the ground operation, in the coming days. However with the defense minister and the foreign minister both beginning their days trying to figure out how to thwart the success of the other, and the (outgoing) prime minister toying with the idea of smashing Hamas, it's little wonder that a diplomatic solution is still far off.