Kiriakou said the method broke Zubaydah -- one of the first top Al-Qaeda suspects captured after the September 11, 2001 attacks -- in less than 35 seconds, according to ABC."

Here's the thing that nags: At this point any information released to the press by "ex-CIA" personnel of any stripe are extremely suspect (being kind). The only indisputable fact here is that waterboarding is torture, and is therefore illegal under domestic and international law. 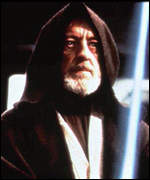 Obey said . . he would rip up the compromise bill and devise a new one using the strict spending ceiling set by Bush - but would reach it by whacking GOP priorities and stripping the measure of billions of dollars in pet projects for lawmakers in both parties

Not a good thing to piss off Obey-Wan. You'da thunk the Empire woulda figured that out by now.
:: :: ::

AFP on Putin's successor, and the same from RIA Novosti. Interesting to read the em-PHA-sis on different syl-LA-bles.
:: :: ::
The obligatory "this just in": Matt Apuzzo/AP: Libby to drop appeal in CIA leak case [via avahome].
:: :: ::

BBC: UBS posts fresh $10bn write-down
It's further evidence of the transfer of financial power from the western economies to the great cash generating economies of Asia, Russia and the Middle East - which are able to dictate the terms on which they prop up our important institutions . .
UBS chief executive Marcel Rohner . . replaced Peter Wuffli . . after three quarters of falling profits and $300m losses at a failed hedge fund.
[Image: Rio de Janeiro - Keystone Archive
:: :: ::
Doreen Carvajal/IHT: International Herald Tribune and Reuters form alliance
"We are inventing something new and exciting for both our audiences," he [Michael Oreskes, Editor in Chief] said. "We are combining the very best of two of the best journalistic organizations on earth to produce a global report on finance, economics and business of the highest caliber.

Dude, while I appreciate your enthusiasm, the "best on Earth" is usually followed by "we regret to inform our investors . ." a coupla years down the road. (Grumble. Musta been takin' hubris lessons from King George).

may bring long term, unintended consequences. People with money are swooping in for what they see as a bargain plus more opportunities to influence too?

``Clearly, Citi has a problem with capital adequacy after the subprime crisis,'' said Giyas Gokkent, head of research at National Bank of Abu Dhabi PJSC, Abu Dhabi's biggest bank by market value. ``ADIA has seen an opportunity to get cheaply into a blue-chip stock.''

With the purchase of a 4.9 percent stake, Abu Dhabi, the largest emirate in the United Arab Emirates and its capital, would rank as Citigroup's largest shareholder ahead of Los Angeles-based Capital Group Cos. and Saudi billionaire Prince Alwaleed bin Talal, data compiled by Bloomberg show.

I wonder if anyone is going to go back and take a look at all of the cheap, almost too good to be true, money that was flowing into the U.S. for several years that helped to fuel and prop up the housing bubble?

After the depression the Glass-Steigall Act was enacted to separate investment and commercial banking--ie guard against speculative bubbles such as the present housing bubble. Wall Street got around these restrictions. Here's are excerpts from Nomi Prinz' analysis, The Roots of the Lending Crisis Run Through Wall Street


Behind every great bubble and its subsequent bust lies the power of Wall Street's trading operations. In the case of our national housing market saga and toxic subprime fallout, it's true that banks and specialist lending institutions rapaciously extended credit to ill-equipped borrowers.

But that's not the whole story. Housing value fluctuations weren't just caused by lending run amok, but by the trading that enabled the lending and made a precarious situation even worse.

Regardless of whether you adopt the progressive view of the crisis (banks lured borrowers with reckless procedures) or the conservative one (borrowers should have known not to get in over their heads), lenders knew it was an easy game to lavish money and extract fees from consumers as long as they had lots of customers wanting to own the home of their dreams.

More than that, they knew they could package and sell loans to investors, indirectly through Wall Street firms, and directly, to traders, creating room on their balance sheets to originate even more mortgages. Trouble was, investor appetite for the once-lucrative sub-prime mortgage packages dried up as credit did. Investment banks that bet their client investors would be there forever got crucified and are paying the price with multi-billion dollar writedowns and ejected CEO's. But so are homeowners, for whom every piece of bad news makes their individual financial situation seem worse.

Not only King G. What about Enron?

Herbert, who has done excellent coverage about NYC Mayor Bloomberg's apparent continuation of the racist policies initiated by Giuliani when he was Mayor, has now he has written a tough editorial on the question of how we handle the immigration issue Spies Like You and Me.

He discusses a recent NPR program where candidates were queried on how they would respond to a situation where they were suspicious that someone they met in a service capacity was here illegally. He warns of a new witch hunt where featuring the question: Are you now or have you ever been an illegal immigrant? Not so far-fetched perhaps!

Are we hearing much touting.....silence! Here's a good article... http://www.washingtonmonthly.com/features/2005/0512.glastris.html

"Ownership Society" means them that owns gets to own more.

Just who owns your mortgage? Do you know...maybe an investor.
Well they're getting smart in Ohio.

With mortgages sold off to investors on Wall Street, the true owner of a mortgage isn't always clear. The holder of the mortgage note often is different from the servicing company or the bank that takes the mortgage payments.

A recent analysis by University of Iowa law professor Katherine Porter found that 40 percent of the 1,733 foreclosures she studied didn't have proof that the plaintiff owned the mortgage.

This might be the single best piece I've read on what's going on and where it's really heading. A must read...

The ticking time bomb in the U.S. banking system is not resetting subprime mortgage rates. The real problem is the contractual ability of investors in mortgage bonds to require banks to buy back the loans at face value if there was fraud in the origination process.

And, to be sure, fraud is everywhere. It's in the loan application documents, and it's in the appraisals. There are e-mails and memos floating around showing that many people in banks, investment banks and appraisal companies - all the way up to senior management - knew about it.

I can hear the hum of shredders working overtime, and maybe that is the new "hot" industry to invest in. There are lots of people who would like to muzzle subpoena-happy New York Attorney General Andrew Cuomo to buy time and make this all go away. Cuomo is just inches from getting what he needs to start putting a lot of people in prison. I bet some people are trying right now to make him an offer "he can't refuse."